LITTLE ROCK — Polk County Judge Brandon Ellison has been elected by his peers to serve as president of the County Judges Association of Arkansas (CJAA). The 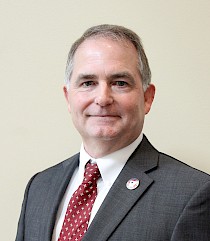 “It is a great honor to serve in this capacity. I truly love the concept of county government as designed in Arkansas. I believe this form of government is what our founding fathers had in mind, a nimble, less intrusive style that only provides the basic services that individual citizens cannot provide for themselves," Judge Ellison said. "Over the next two years, I hope to provide solid leadership to the County Judges Association of Arkansas and share Polk County values and culture to our state. This honor is definitely a highlight in my career as one of the 75 County Judges in Arkansas.”

Members of the CJAA also re-elected Judge Ellison to serve as a Western District representative on the CJAA Executive Board. They also re-elected him to represent the judges on the Association of Arkansas Counties (AAC) Board of Directors, a board on which he serves as Vice-President.

Judge Ellison is a native of Mena. In addition to serving as president of the CJAA and as AAC Board of Directors Vice-President, Judge Ellison holds an elected seat on the seven-member AAC Risk Management Fund Board of Trustees. Gov. Asa Hutchinson appointed Judge Ellison to the Arkansas Workforce Development Board in June of 2016.

Judge Ellison was an integral member of the Arkansas Unpaved Roads Working Group, which succeeded in getting state legislation passed to create an avenue for counties undertaking unpaved roads projects to receive grants from the state. 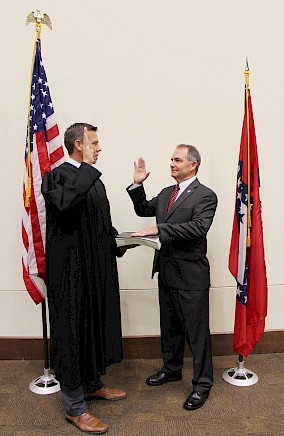 The Arkansas Unpaved Roads Program was established in 2013 to formulate cost-effective and proactive solutions to manage eroding roads that otherwise would wash harmful sediment in streams, rivers and lakes. For his “commitment and dedication to fish and wildlife conservation," Judge Ellison received the Regional Director’s Conservation Award from the U.S. Fish and Wildlife Service's Southeast Region in 2016.

About the County Judges Association of Arkansas

The CJAA slate of officers includes a president, 1st vice-president, 2nd vice-president, secretary/treasurer, and two members of the AAC Board of Directors. Seventeen judges serve on the CJAA Executive Board, including the immediate past president.