Officials adapt and lead during crises

By Debbie Wise
AAC Board President 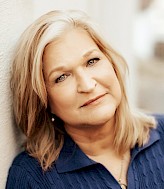 After a year of adapting to all the operational changes required by the COVID-19 pandemic, counties faced a new challenge less than 60 days into the new year. Historic winter storms battered our state, bringing snow and freezing temperatures unseen in Arkansas for decades.

Washington County reported temperatures as low as -20 degrees. Some parts of Clark County reported snow as deep as 20 inches. And, at the Barling Lock and Dam in Sebastian County, the Arkansas River actually froze. These are the stories we’ll be telling our grandchildren for years to come.

However, there is another story we should tell them, as well. It is the story of how adaptive county government officials are; how their leadership and foresight while praying for the best but preparing for the worst set the stage for Arkansas to rebound; how our partnerships with other agencies helped to save not only infrastructure, but also lives.

For instance, the Miller County Courthouse had several water pipes burst, leaving floors in six inches of standing water. As a result, several county officials and courtrooms have been temporarily relocated to another building. By some accounts, the damage could be in the millions — and the temporary relocation of offices could last up to 18 months while the courthouse is being repaired.

But rather than dwell on such tragedies, I would like to cast a spotlight on the brave men and women who kept our communities functional.

Gov. Asa Hutchinson signed an executive order directing additional funding to the state’s Division of Emergency Management to be used in response to the storm, and emergency management officials worked closely with local governments to determine immediate needs.

State Highway crews, city street crews and county road crews were prepared in advance to tackle the effects the unprecedented weather conditions would have on our thoroughfares. They acted quickly and worked around the clock to clear the snow and to treat the ice.

Our law enforcement agencies helped rescue stranded motorists, and utility companies did everything they could to keep the electricity on and to minimize the rolling blackouts that were implemented in some areas. Local TV and radio stations kept us informed every step of the way, and neighbors reached out to help neighbors in need.

In Jefferson County, for example, the water pressure at the courthouse and other facilities was at dangerously low levels. Plumbing services and cities near Pine Bluff helped provide water so those facilities could maintain sanitary conditions.

I could go on about the leadership examples that were set across the board. It is often said that in perilous times, look for the helpers. And there were so many who helped during what will go down in history as one of Arkansas’ most severe snowstorms. I believe it also will serve as a reminder of just how important our mutual support, partnerships and teamwork help us to continue serving our counties to the best of our abilities.